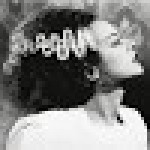 My Reality In The Time Of George Floyd Protests

In case you didn’t know I’m married to an African American man. Here’s a story to put into perspective what that means and what we go through.

We live in a good neighborhood but odd things happen here because…well…it’s Eugene. I heard a massive crash outside and thought “Oh crap, someone just hit my new car.” So I listened and looked out the window and it was a methed out of his head white guy who had managed to slam his car into one of the trees planted in our sidewalk.

He was out of his car and threatening to kill the woman who lived on the corner across the wetland from our house. I ran and told my husband who then, because he’s just that sort of guy, called the police, and then got in his car and drove over to the spot where this was all happening. He started talking to the guy (who he didn’t know if the guy had a gun or not) to keep him from doing anything to our neighbor.

I’m watching this from across the field thinking “Jesus Christ what if he hurts him…how do I get there quick enough” because he refused to let me go with him over there.

My husband then calls me on the phone as the police arrive. There are 4 or 5 cars. I’m watching this…and then I realize…oh my god, what if they don’t realize who’s who….what if they think “oh it’s the black guy” or he just gets caught in the cross fire. I’m watching this thinking I’m going to have to run across this field and jump either a meth head or a cop to keep my husband safe because I’ve seen this play out too many times badly in videos.

I see a cop walk over to his car where he’s parked and I can hear the conversation over his headset because I’m still on the phone and the cop thankfully tells him thanks for calling and to leave the scene. He does and as I watch the cops, who I was sure would taze this crazy asshole after hearing him rant etc. bring him down without drawing their guns or tazers. Imagine that.

My husband got back home and I managed not to have a heart attack. But I want you to imagine this scenario, wonder why I worry, think of what I had to watch and the fear I had and why.

My husband is a good guy who was on in his neighborhood watch for years and even defended our racist landlord back in NYC when she was out being a lunatic and actually arguing with gang members because he felt it was right to step in to help an elderly woman. He knew she was a nut job and also racist but that’s just who he is.

I shouldn’t have to be scared about this but I am. My husband who does the right thing shouldn’t be put at risk to pay for it with his life. But here we are.

Here’s a video from Twitter today showing the reality of George Floyd’s final moments at a protest where for 8 plus minutes his last words were spoken while the protesters lay on the ground.

This is the reality, mine and yours.

Is Ms Linak On Instagram The Strongest Woman Bodybuilder In Oakland With This 300 Lbs Deadlift?