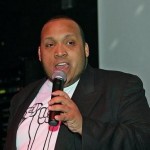 “Always forward, never one step back”, those words spoken by my former NAACP colleague and freedom fighter Rev. William Barber III of North Carolina have stuck with me for the better part of a decade. In 2002, while other jurisdictions were rolling back voter protections and preventing people of color and women from accessing the ballot box, the voters of San Francisco said “always forward” and approved a process called ranked choice voting (RCV). A few years later they were joined by my fellow Oaklanders, voters of Berkeley, and the City of San Leandro in expanding the franchise through RCV in California.

RCV levels the playing field by allowing candidates of color to run for local office without fear of vote splitting and the added expense of a costly and low turnout runoff election. Elections take place when turnout is highest in November, and multi-candidate fields encourage more positive politics that rewards grassroots campaigns and building coalitions.

Here in my home region of the Bay Area, despite changing demographics, we’ve seen a wave of candidates of color who’ve utilized a RCV strategy to win against better and often well funded candidates. Two-years ago in Berkeley, for example, voters said “always forward” with the election of then 32-year old City Councilmember, Jesse Arreguin as Mayor. Mayor Arreguin ran against an entrenched Councilmember who was endorsed by the past two Mayors and largely funded by outside interests. He was joined on council by Cheryl Davila, who defeated a long-term incumbent despite being heavily outspent and trailing in first choices.

Just a few months ago, in San Francisco, a city where African Americans have been pushed out at alarming rates and are now approximately 4 percent of the population, London Breed was elected as the first African American woman mayor in its 242 year history. Similarly, we saw the 2010 election of San Francisco County Supervisor Malia Cohen, who is now serving as Board President, and the 2012 election of Oakland City Councilmember Lynette McElhaney, both of whom didn’t lead in first choices, but built effective electoral coalitions to win a majority of the vote.

By giving voters the power to rank their candidates in order of preference, RCV promotes fairness, fosters civility, reduces costs, supports greater voter participation, and minimizes strategic voting, vote splitting, and the spoiler effect. RCV gives voters more choice and a stronger voice in our elections because if your favorite candidate can’t win, your vote counts for your next choice. In cities with declining African American populations, these candidates were able to use an RCV organizing strategy that crossed ethnic boundaries to say “never one step back” when it comes to the diversity of the governing bodies of their cities.

Overall, candidates of color are being elected by voters of color in large numbers. Out of 53 offices elected by RCV in the Bay Area, 58% are held by women and 58% are held by people of color, including nine Asian Americans, 10 Latinos, and 11 African Americans. The most recently elected mayors in these cities are an African American woman, two white women, and a Latino man. People of color have gone from winning only 38% of races in the four cycles of elections prior to implementing RCV to 62% of RCV elections despite only modest changes in demographics.

While other states are restricting the ability of people of color and women to run and vote, I am proud of my corner of the world for standing loud and tall in echoing the call of Rev. Barber so many years ago, “ALWAYS FORWARD, NEVER ONE STEP BACK!”