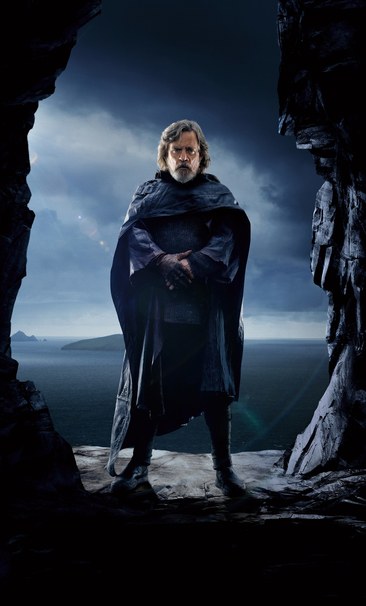 The Last Jedi caused ripples throughout the Star Wars universe like an exploding Death Star.  It divided fans and created a Jabba sized movement against director Rian Johnson and his take on the space opera created by George Lucas.

Recently Zennie Abraham of Zennie62Media CEO and myself as Zennie62Media VIP Entertainment and Horror Vlogger hosted a discussion on the newest trailer for Star Wars: The Rise Of Skywalker which you can watch here or here:

While discussing the latest Star Wars: The Rise Of Skywalker film talk turned off course to the last film and the debate and hate that it spawned.  I actually like The Last Jedi and appreciate what Rian Johnson was going for and what he was holding a mirror to.  In fact, when the film came out I wound up writing a piece about how The Last Jedi and the take it has on religion, faith, and the corruption happening right now within our country.

We go over some of this in our discussion but if you are interested and want some insight into the ways creators can use genres like science fiction to call out the issues in the world around us (and in fact showed that ugliness within the fandom when the cries of “Oh my god women in power???” started) you can read the piece here

I’ve already written my film review of “The Last Jedi” (surprise, I loved it) but I kept having this feeling I needed to write some more about this film.  Rian Johnson has taken one of cinema’s biggest cult hits and apparently angered many of its supposed biggest fans with a story that shows the biggest hero in sci-fi having lost his way, his faith, and possibly his mind.  They didn’t like that.  But I personally love the allegory that’s been created here, which continues this space opera’s way of showing the problems on Earth in a galaxy far, far away.

After analyzing it more so I’ve come to see within this story a parable perfect for the times we live in and even more of a parable of being a Christian in this day and age.  Now here me out before you start clicking that X in the top right corner of your browser…

Jessica Dwyer Live Stream About How To Save Batwoman!

Star Wars Is Celebrating May the 4th 2020 In A Galaxy Far, Far Away

Oakland A’s Taj Tashombe: A Conversation About Race With Shaylabang And Tiffany Silas

Enough Is Enough! Thousands Speak Out In SF Against Murder Of George Floyd & Systemic Racism